Today, I want to outline the beginnings of a new project: I am restarting my studies of Early Music, and I will be recording my experiences as I go!

My Love for Early Music 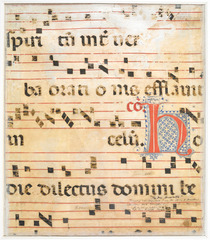 Anyone who knows me knows about my love for some fairly odd forms of music. I listen to a lot of Traditional music (Mostly Irish and Spanish/Latin), J-Pop, and Video Game / Chiptune music. But above all else, I have a deep love for Early Music.

Early Music is basically any extant music from the pre-Classical period in Europe (and sometimes other places, too). This includes, majorly, music from the Baroque, Renaissance, and Medieval periods… but can go much further back, at times.

I used to study it rather fervantly (at least, I thought so), but fell off the wagon a while back when my grandmother passed away. I have decided to take steps back towards my studies in 2015, with the hopes of once again making progress in this wonderful rabbit hole that is musical history.

My Instruments, as of Now 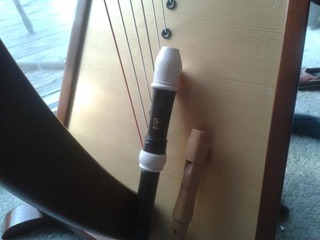 As it stands, I currently have three instruments which fit well into this type of music: A Harp, and two Recorders. (Yes, a recorder is a legitimate instrument. It is used extensively throughout Early repertoire, only becoming supplanted when the Classical era began).

My Harp, I have mentioned before, but is invaluable to my study of this kind of music. In fact, the harp is one of the few instruments which is able to play more than one line at once in this period- most instruments were, instead, monophonic. It is also useful because, unlike monophonic instruments from this time, it can easily take the role of any voice in a piece- from Bass to Sopranino, if need be.

The Recorder can still play in a chromatic range, but is limited in a similar fashion to the violin today, or the human voice. That is, it has a limited range, filling only one voice’s role in a piece (Soprano, for instance). I am also much less experienced on the recorder, which (obviously) will change as I mature in this style of music. I am happy to have one each of the C and F recorders, tho- that way, I can play any piece written for them that I might find.

An Instrument of my Desires 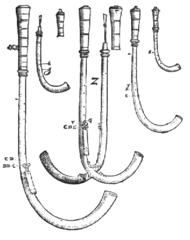 I will eventually obtain a Crumhorn for myself. I have wanted one for a few years now, as it is probably my favorite Early-Music-Exclusive instrument, in terms of sound and character. It is a Windcap instrument, which uses a double-reed (making it sound somewhat similar to the modern day Oboe or [Bassoon][bassoon].

The problem, of course, is the price: A starter, plastic body crumhorn in F Soprano runs about [$330][susatocrum], and then I would also need a method book and shipping. So, when next I amass a spare $400, I will be putting the bulk of it towards getting myself one of these. Until then, I will practice on the instruments I have. 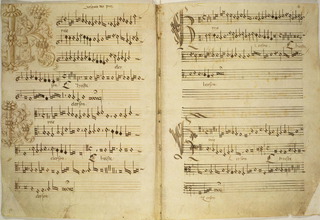 For repertoire, I will delve into the many Albums I have amassed over the years, as well as look through some manuscripts of which I am lucky enough to have digital copies. As I play them, learn them, and master them, I am planning on also recording them (possibly on [Youtube][youtube] or [Soundcloud][soundcloud]) to share with everyone. I will also try to always include both modern and mensural notation for any piece I choose to record.

As this develops, I expect my output will increase to a regular interval. But, for now, this will be a “When it is done, it will be uploaded” kind of project. I will post semi-regular updates here, though. So, stay tuned!

If You have any experience with Early Music, or questions, comments, concerns, criticisms, or suggestions, feel free to [send them to me][email] or write them in the comments below. I will respond as I am able. Talk to You soon!